The SoNo Ice House announces the

From June 21st to August 20th,  Monday to Friday

Come to SoNo and train with some of the best instructors in the area:

AT ONE LOW PRICE OF

Sibling discount: the first player pays full, then each sibling gets 15% off - please contact

maide@sonoice.com if you wish to take advantage of this discount 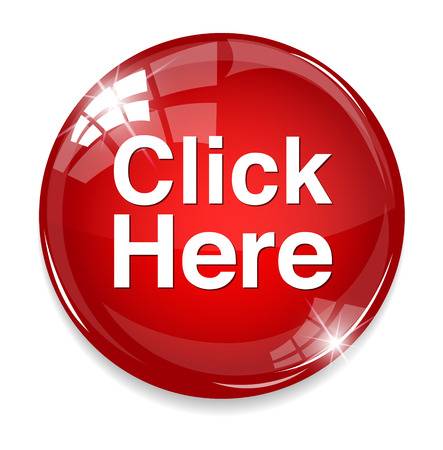 Scroll down to see the complete schedule

Instructors to specific camps will be announced the week before each camp starts.

Please note all participants must adhere to all applicable state and local rules and regulations in place for the COVID-19 pandemic at the time of the camp in order to participate.  We expect updated rules for youth hockey prior to the start of camps and we will be sure to keep all participants updated on the restrictions and requirements in place prior to their participation in a camp. Players exhibiting any sign of illness will not be allowed to participate and will be asked to leave.

Dan Gorman, has over 45 years of coaching experience. He is a graduate of The Gunnery and went on to continue his hockey career at Cortland State University. He has coached for notable programs such as Southern Connecticut Stars, Mid Fairfield, and most recently CT Junior Whalers.

Craig Badger, a graduate of Williston Northampton and a four-year player for the Wesleyan University men’s ice hockey team. He coached for 1 year at Williams College and the last 15 years at The Gunnery in Washington, Connecticut. In the last 5 years as Head Coach with the Gunnery, he has over 100 wins, one Elite 8 Championship in 2016, and most recently, in 2020, the Small School Championship.

Brett Gorman, has coached for the CT Junior Whalers for the past 3 seasons. Former assistant coach with the Southern Connecticut Stars. Currently, he serves on the board of the Connecticut Hockey Foundation.

Shane Gorman, was a four-year player for the Norwich University men's ice hockey team. He helped lead Norwich to four straight NCAA Tournament appearances, three NCAA Division III Frozen Four appearances, two ECAC East Tournament titles, and four ECAC East regular-season titles. He also was a finalist for the Joe Concannon Award. Upon graduation from Norwich, Gorman served as an Assistant Coach for one season with Norwich University and then returned to the Gunnery. Currently an Associate Coach under Coach Craig Badger, he has over 100 wins, one Elite 8 Championship, and most recently, the 2020 Small School Championship.

Cost: For 18 skates, the cost of the HPPS  camp will be $1,080.00 per player, goalies skate for free. We ask that Goalies  register (there will be a registration for goalies at $0 cost)

2 HOURS OF POWER - $395/Week
This 2-hour power skating clinic helps players to improve their quickness, and strength through leg extension and recovery. Many drills are performed off balance to help with agility

PUCK HANDLING - $395/Week
To become a good puck handler, you have to develop a good range of body motion along with puck protection and quick hands with your head up.

BATTLE CLINIC  - $395 /Week                        One of the most important ingredients of becoming a good hockey player is winning puck battles. This clinic will go over all the key components needed to win puck battles, such as; body/stick position, play along the boards and in the corners, and establishing leverage against an opponent.

CHECKING CLINIC - $395/Week
There are several different checks in hockey. The poke-check, sweepcheck, bodycheck, backcheck and forecheck are all addressed in this clinic. Emphasis will be placed on the proper separation of the puck carrier from the puck.

GOALTENDING CLINIC - $395/Week
Our goaltending clinic covers all areas between the pipes. Focus on angles, positioning, and challenging the shooter. Players who sign up for a Goaltending clinic can attend any other clinic as goalies for free - Dates to Be Announced

SMALL AREA GAMES - $395/Week
Small area games allow players to work on many hockey concepts (puck support, special teams, breakout, etc.) in the form of a game that does not have a pre-determined outcome. Small-area games will help maximize the development of players while dramatically increasing the competitive level of practice.

SKILLS CLINIC - $395/Week
The best way to improve your game is to work on your skills. Skating, passing, shooting, stickhandling, scrimmage are all addressed in this clinic.

TOTAL DEFENSE - $395/Week
Total defense touches on body and stick positioning along with angling, gap control, and boxing out in front of the net. body positioning in the defensive and offensive zone with the ability to join the rush are all addressed.

FUNDAMENTALS OF POWER SKATING FOR MITES -$275/Week                                               All the fundamentals of balance, edges, forward stride, skating backward, body awareness, coordination, and athletic movements will be incorporated into the drills and games of this clinic. Learning proper skating techniques and habits at this age is critical to the overall development of all hockey players.