Coach Brett Backman started coaching at a young age, and is entering his fourth year of coaching at SoNo Ice House. Brett played youth hockey with Mid Fairfield and Greenwich High School before moving on to Avon Old Farms. Upon graduation he played juniors for the CT Jr Rangers and the CT Roughriders. Brett then attended Plymouth State University where he played for four years and was named Captain his Senior year. Brett has constructed and worked numerous camps including camps for Jonathan Quick and Matt Moulson. Brett puts a great emphasis on developing players, bringing his knowledge and energy to the rink to teach, inspire, and develop a player every time he steps on the ice. 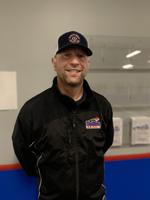 Chris is one of the most respected HS coaches in CT. He coached at his alma mater Trinity Catholic High School for 11 seasons. He then took the role of Head Coach of Darien HS for 4 years and led them to the FCIAC and State Championship in the 2014-2015 season. He was named the MSG Varsity Coach of the Year in 2014 and 2015. Chris had an outstanding hockey career as a defenseman at New England College where he also served as an assistant coach. He's been head coach of AYHL teams at SoNo since 2015.

Dan has over 45 years of coaching experience. He is a graduate of The Gunnery and went on to continue his hockey career at Cortland State University. He has coached for notable programs such as Southern Connecticut Stars, Mid Fairfield, and most recently CT Junior Whalers.

Shane was a four-year player for the Norwich University men's ice hockey team. He helped lead Norwich to four straight NCAA Tournament appearances, three NCAA Division III Frozen Four appearances, two ECAC East Tournament titles and four ECAC East regular season titles. He also was a finalist for the Joe Concannon Award. Upon graduation from Norwich, Gorman served as an Assistant Coach for one season with Norwich University and then returned to the Frederick Gunn School. Currently an Associate Coach under Coach Craig Badger, he has over 100 wins, one Elite 8 Championship and most recently, the 2020 Small School Championship. 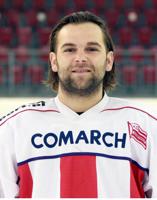 Rob Kostecki played three years of Junior in Slovakia, winning a World Championship and being selected for three years to play in the international Senior League. He then moved to professional hockey in Poland, where he played for 18 years with KH Sanok (League Champions and Continental Cup winners), KTH Krynica, Zaglebie Sosnowiec, Cracovia Krakow (League Champions), Orlik Opole, and UKH Debica. Coach Rob has been coaching at the SoNo Ice House, and the CT Jr Whalers, since moving to the US. He has quickly established himself as one of the best skills coaches, training mites, NHLers, and everyone in between. 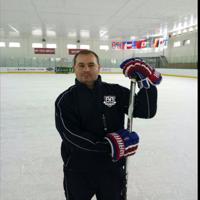 Marco is highly respected in the industry as a talented, passionate, devoted, and consummate teacher of the game. With more than 28 years of experience stemming from an extensive and diverse background, he excels in coaching at all levels of play. He also stands out in elite power skating and skills, coaching from the mite all the way to the professional level. Additionally, he is known for developing players to move onto D1 and NESCAC schools.

Marco attended and played for South Kent Prep School. It was also in this institution where he began his successful coaching career along with various other CT high schools. Recently, he coached professional hockey players in China, specifically the Chengde Hope Team and the Hokay National Team. He was able to send the team to the Kontinental Hockey League (K.H.L.) and the Supreme Hockey League (V.H.L.)

Prior to his move to China, Marco was with the Connecticut Junior Rangers (CJR) Hockey Club. He was the assistant coach of the U20 Men’s Team and became the director of the Youth Hockey Program for the CT Junior Rangers.

Marco is ending his first season with the CT Jr. Whalers (CJW) where he coached the CHC Bantam Minor team to a top 20 ranking in CT. For the 2021-22 season, he will be coaching the 2008 AYHL team for CJW. 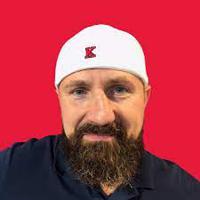 Tomasz is an outstanding coach with multiple level experience, who brings European flavor to hockey skill development.  A former player of Polish National Team and pro coach of Unia Oswiecim. He is a certified USA Hockey Level 4 coach. For the past 20 years, Tomasz has worked with multiple Tier 1 organizations, producing several junior, college, minor pro and NHL players.

David grew up playing youth hockey with Mid-Fairfield, and in the NJ Devils Youth program, as well as being selected to multiple USA Hockey Festivals. David went on to attend Kent School, where he helped win the school’s first Founders League Championship (USHS-Prep). Following his time at Kent, Dave went on to play at Suffolk University (NCAA - Div III). Dave has a Bachelor degree in Sports and Fitness Exercise Science. He is a Level 4 USA Hockey Coach with 8 years of coaching experience. He has worked with many AAA, Junior, NCAA, and Pro hockey players. Currently, David is a Trainer at NCV Performance, Assistant Coach of the CT Roughriders, and Head Coach of the CJW Pee Wee B team. 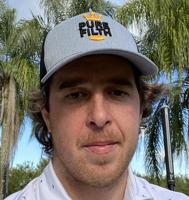 Chris is a USA Hockey Level 4 coach, and has over 20 years of coaching experience.  He has coached all levels of youth hockey.  He is a former assistant coach at Manhattanville College and has coached for some of the premier organizations in the tri-state area.  Along with his coaching Chris has privately coached hundreds of Tier 1 and AAA player.  Chris played Div. 3 college hockey at Manhattanville College and Semi-pro hockey professionally. 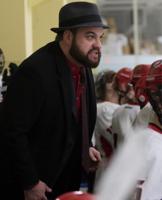 Coach Silva is a USA Hockey level 4 coach, who has been coaching hockey since 2004. He has worked with all age groups from mites to midgets, at levels from B to AAA. Silva has coached at the High School level; both Varsity, and JV teams. Currently Silva is also the Head Coach for the Fairfield University Men's hockey team. The 2021-2022 season will be his eleventh behind the bench for Fairfield. The Stags have made it to the National Championships six consecutive seasons, the longest active streak of any team. In 2018 Coach Silva was named Empire Conference Coach of the Year. He has been coaching at the Connecticut Junior Whalers for the past three seasons, and will be coaching the Squirt A team at CJW in the Fall.